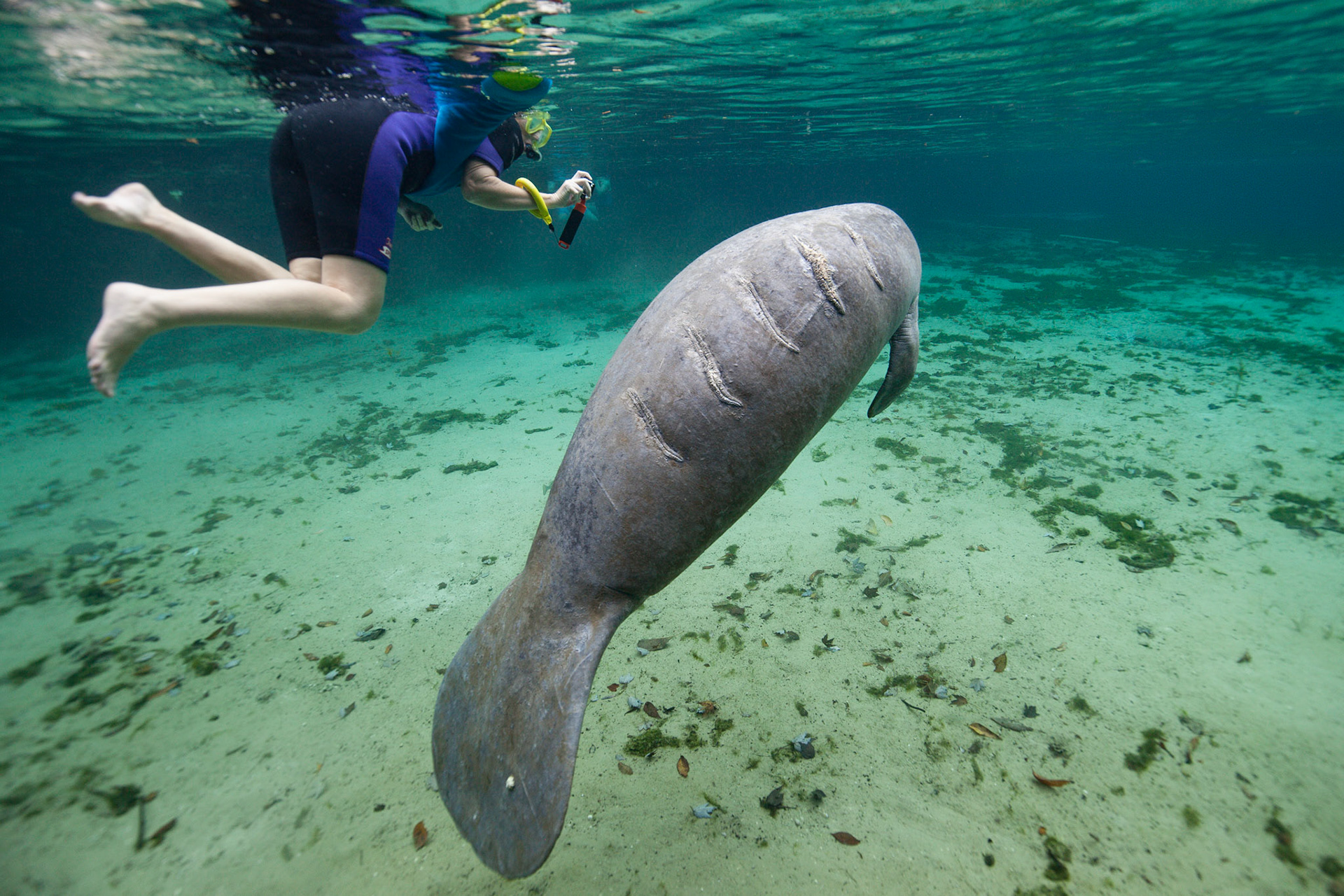 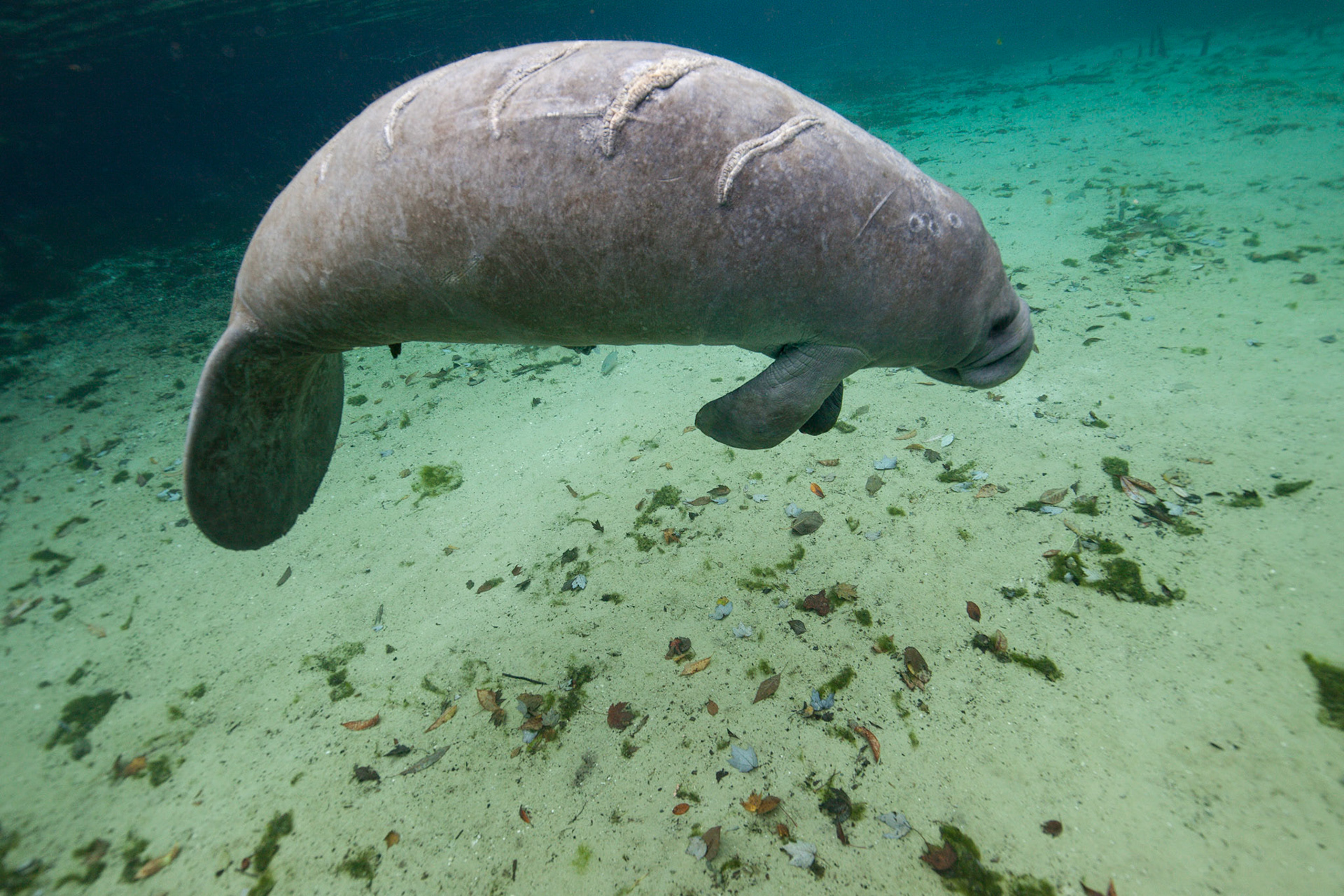 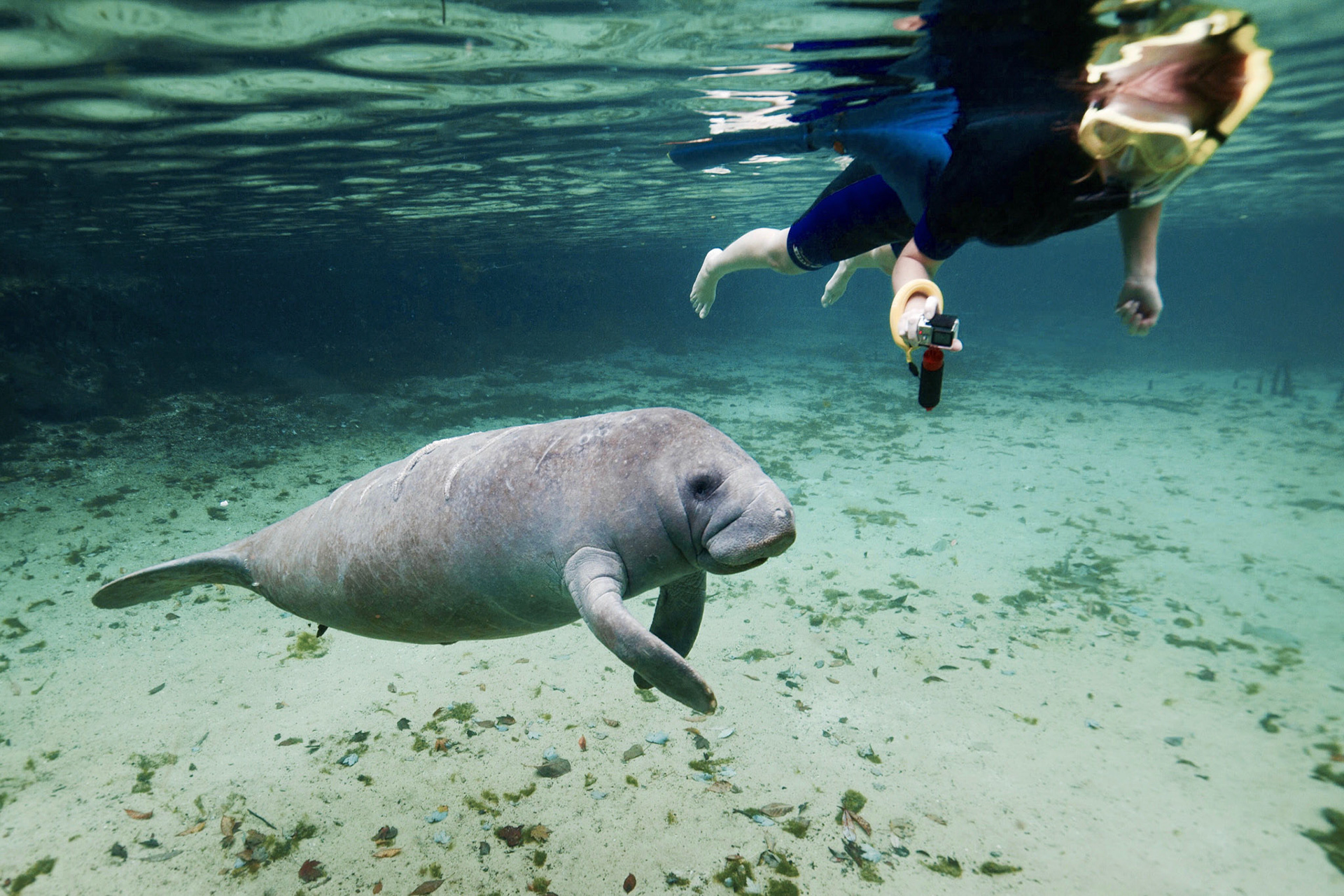 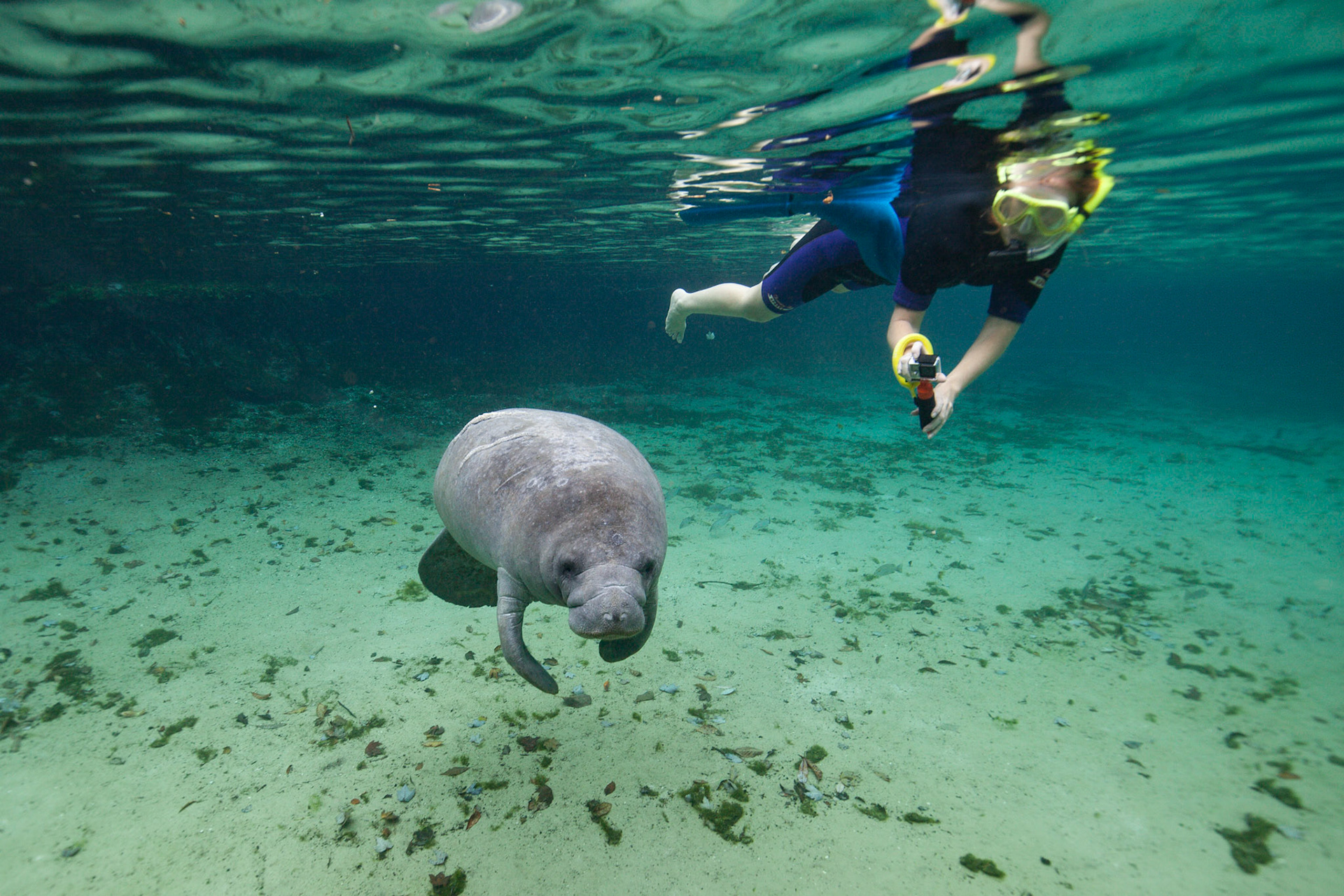 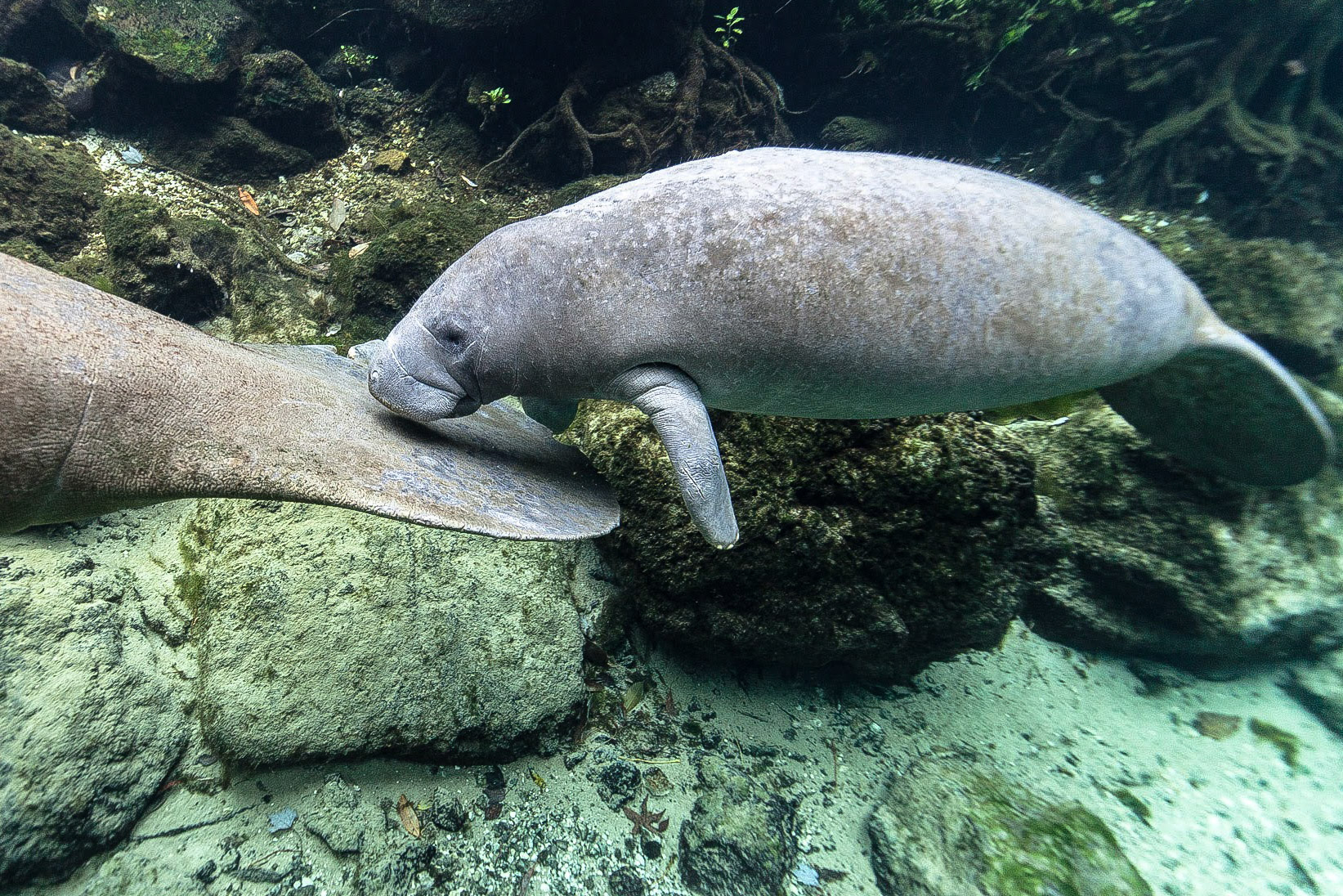 While working on our 2016's fine art project "Song to the Siren" we documented some of the lesions produced by watercraft collisions on the West Indian Manatee (Trichechus manatus) around the populated areas of Crystal Rivers in Florida, USA. The manatees leave the cold waters of the Gulf of Mexico during the winter months to congregate around the warm waters of the springs like "Two Sisters" where these pictures were taken.
Unfortunately, as with many other species, the main causes of death for manatees are human-related issues, such as the crushing impact of the hull and/or slashing of the propellers. In the case of large power vessels and barges moving through shallow waters, manatees may be caught between the vessel and the water bottom, or the vessel and a docking structure, and crushed.
Flood Gate or Canal lock when the animal is crushed and/or drowned in these structures.
Other human-related causes could be caused by monofilament lines, fishing nets, fishing hooks, litter, poaching or other human activities. Natural causes of death include adverse temperatures and disease.
In this series, a mother and calf can be seen resting in the warm crystalline waters of the spring. The calf clearly shows 5 big dorsal scars produced by a propeller. This type of lesion is very common in this particular population of manatees due to the high level of boat ownership in the area.
Historically manatees were traditionally hunted by indigenous Caribbean people. When Christopher Columbus arrived in the region, hunting was already an established trade, although this is less common today. From manatee hides, Native Americans made war shields, canoes, and shoes, though manatees were predominantly hunted for their abundant meat.
Trichechus manatus' Conservation Status (2022)