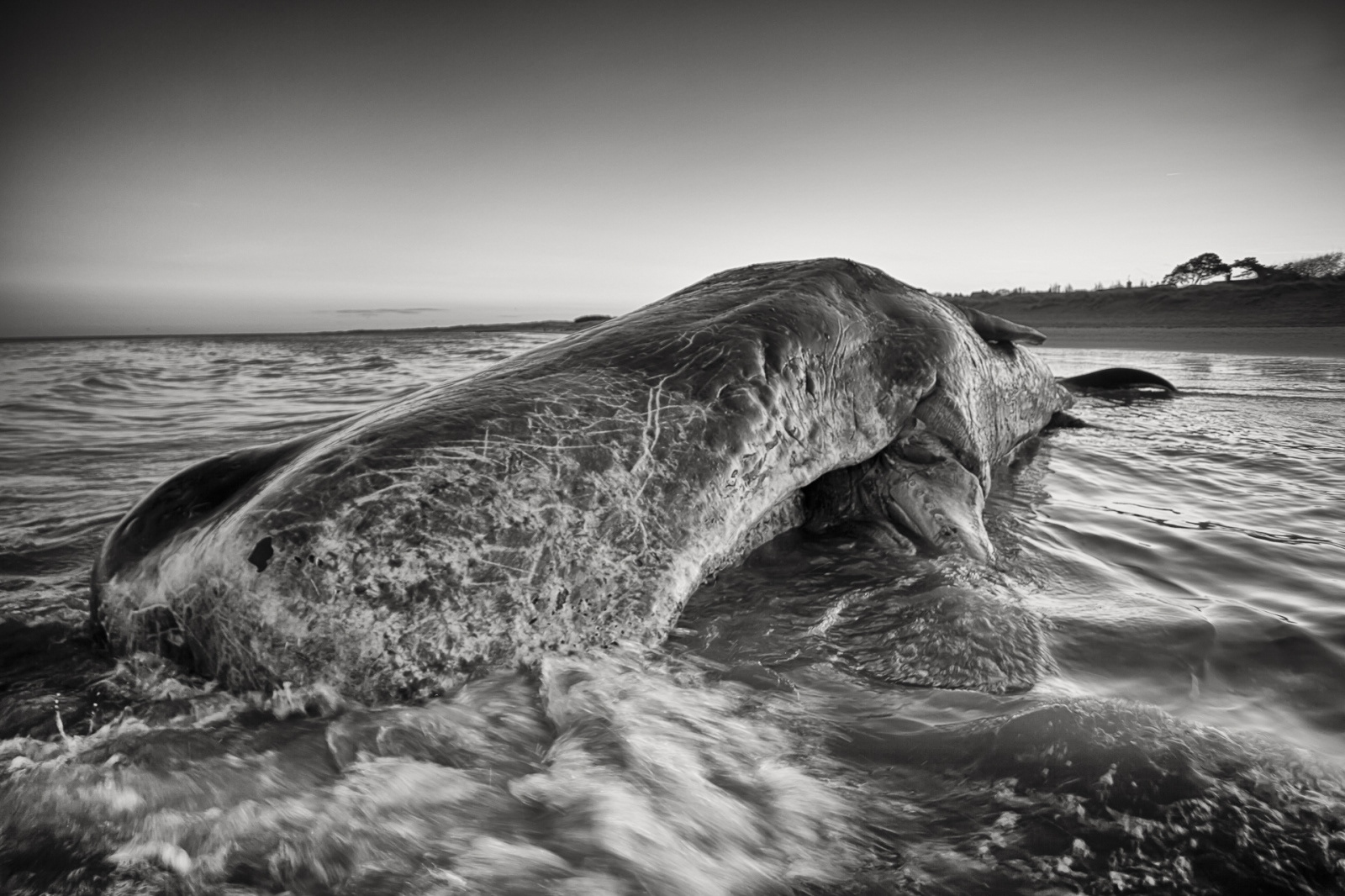 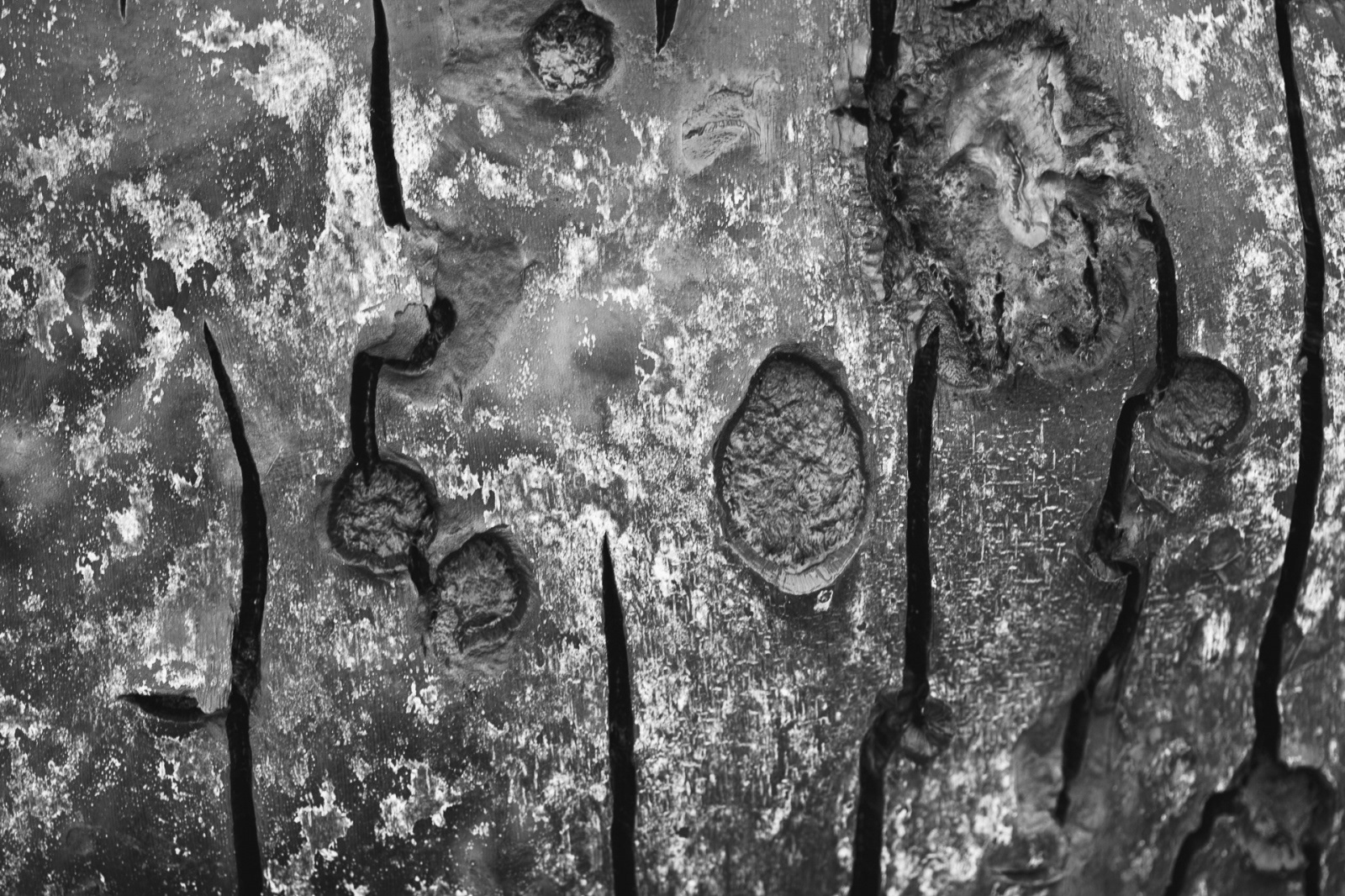 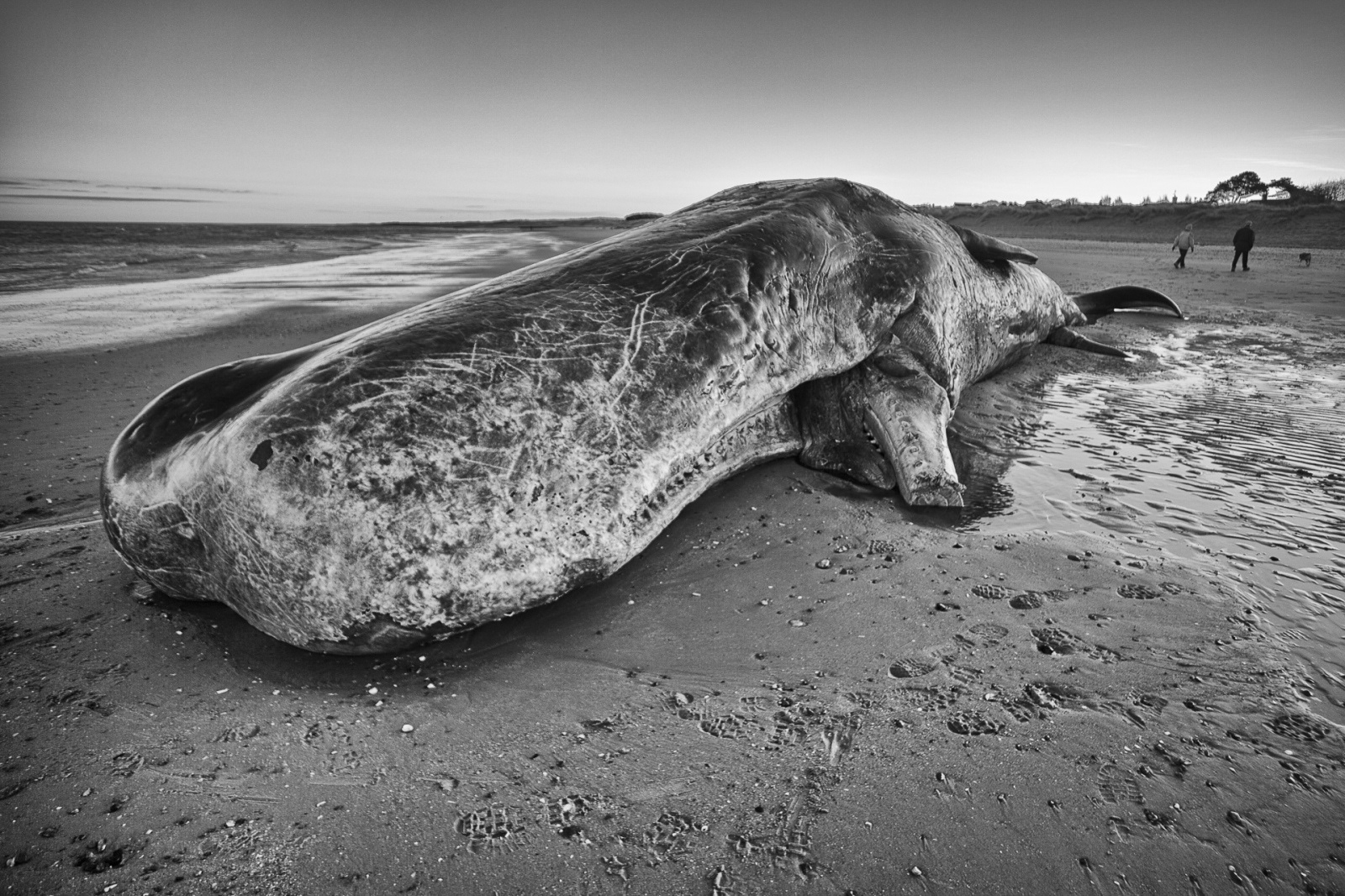 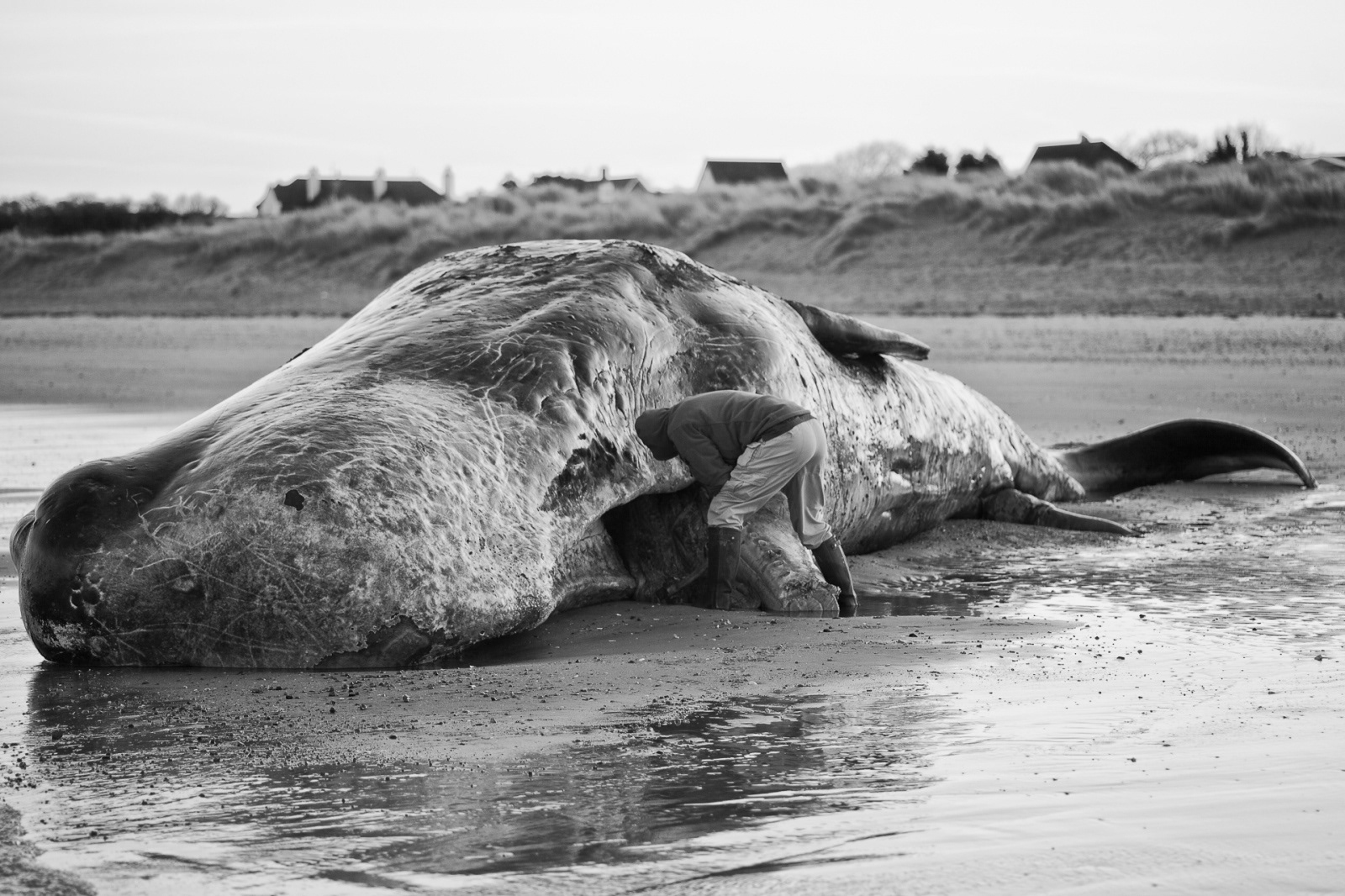 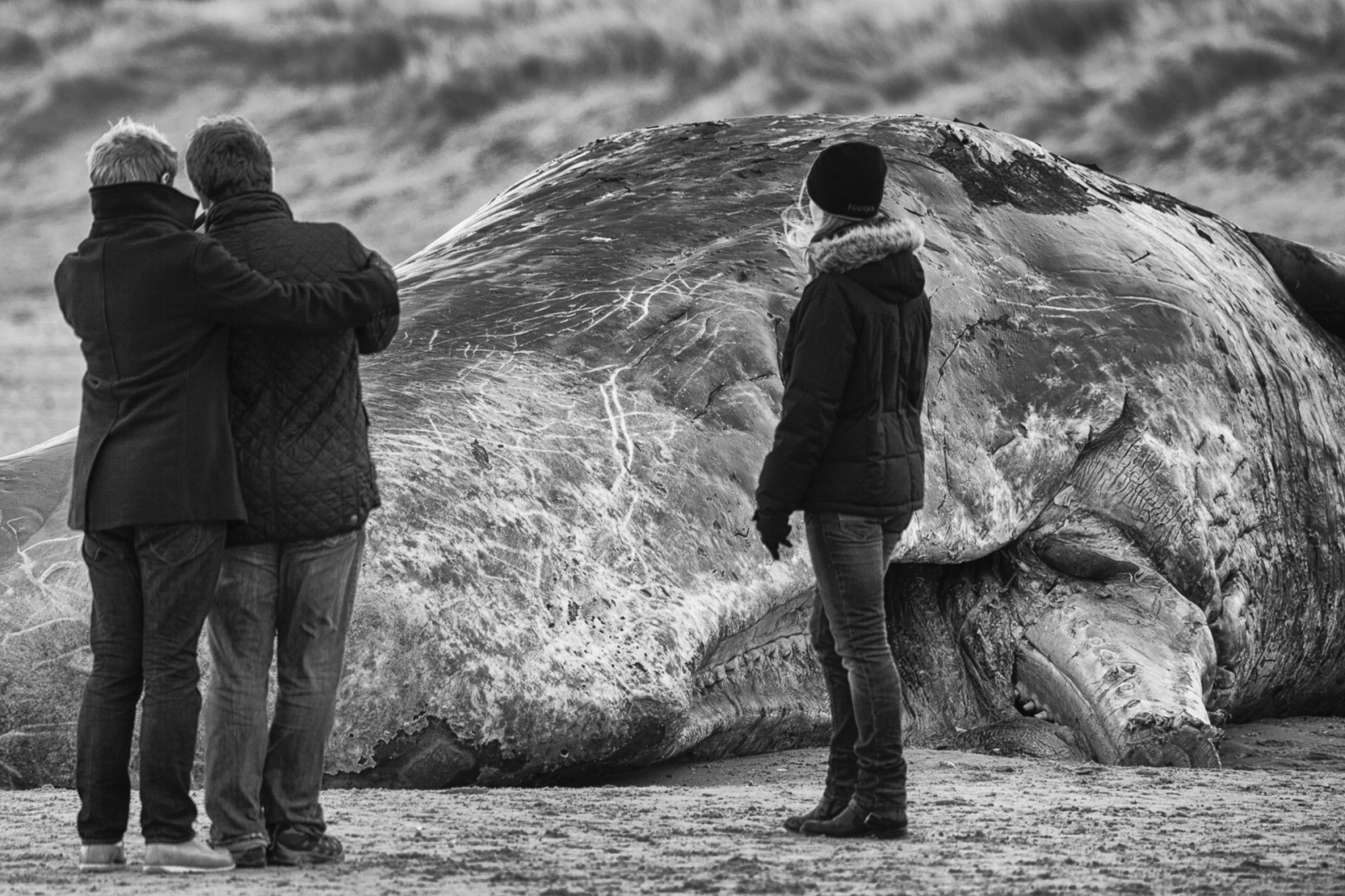 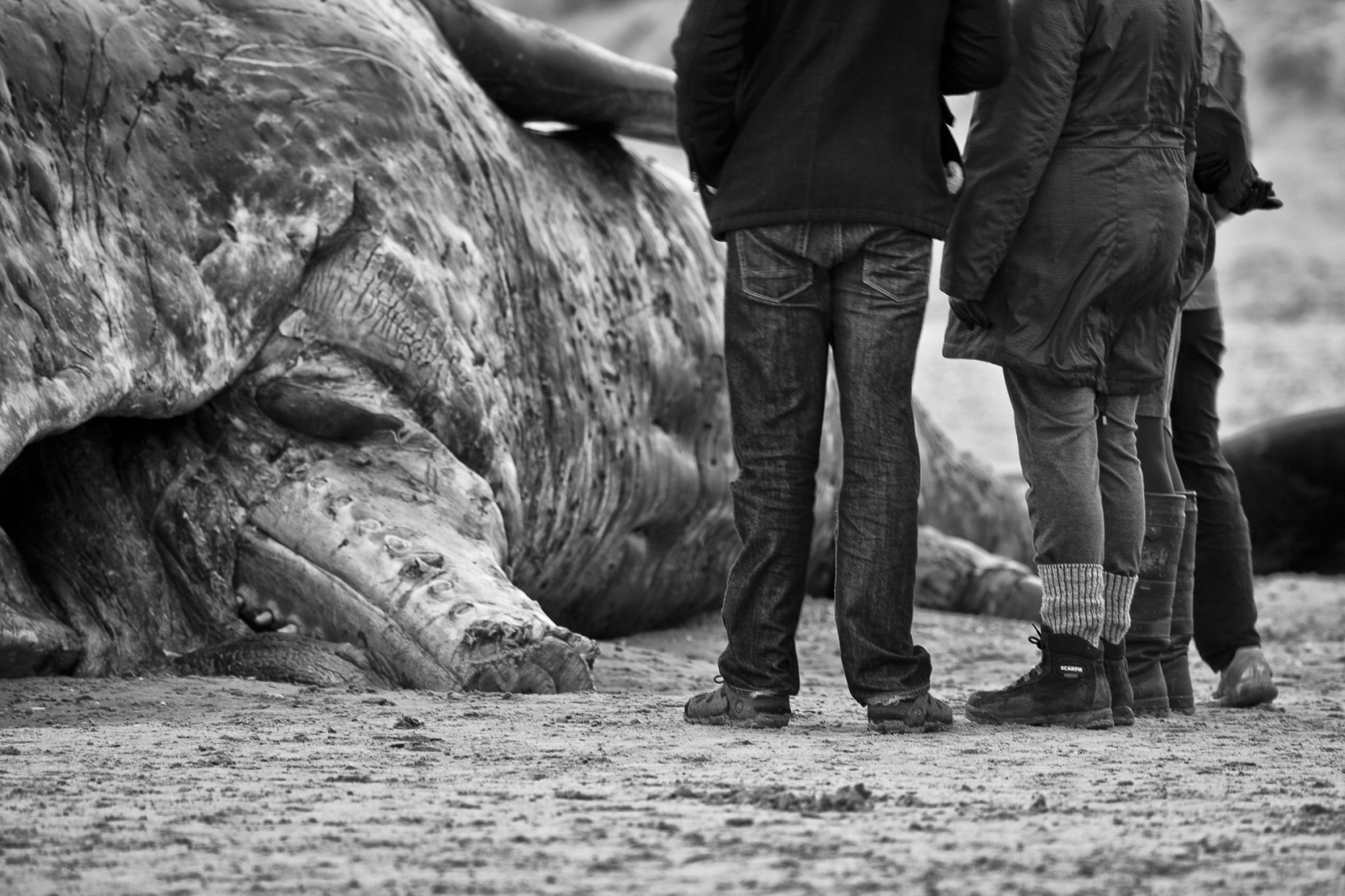 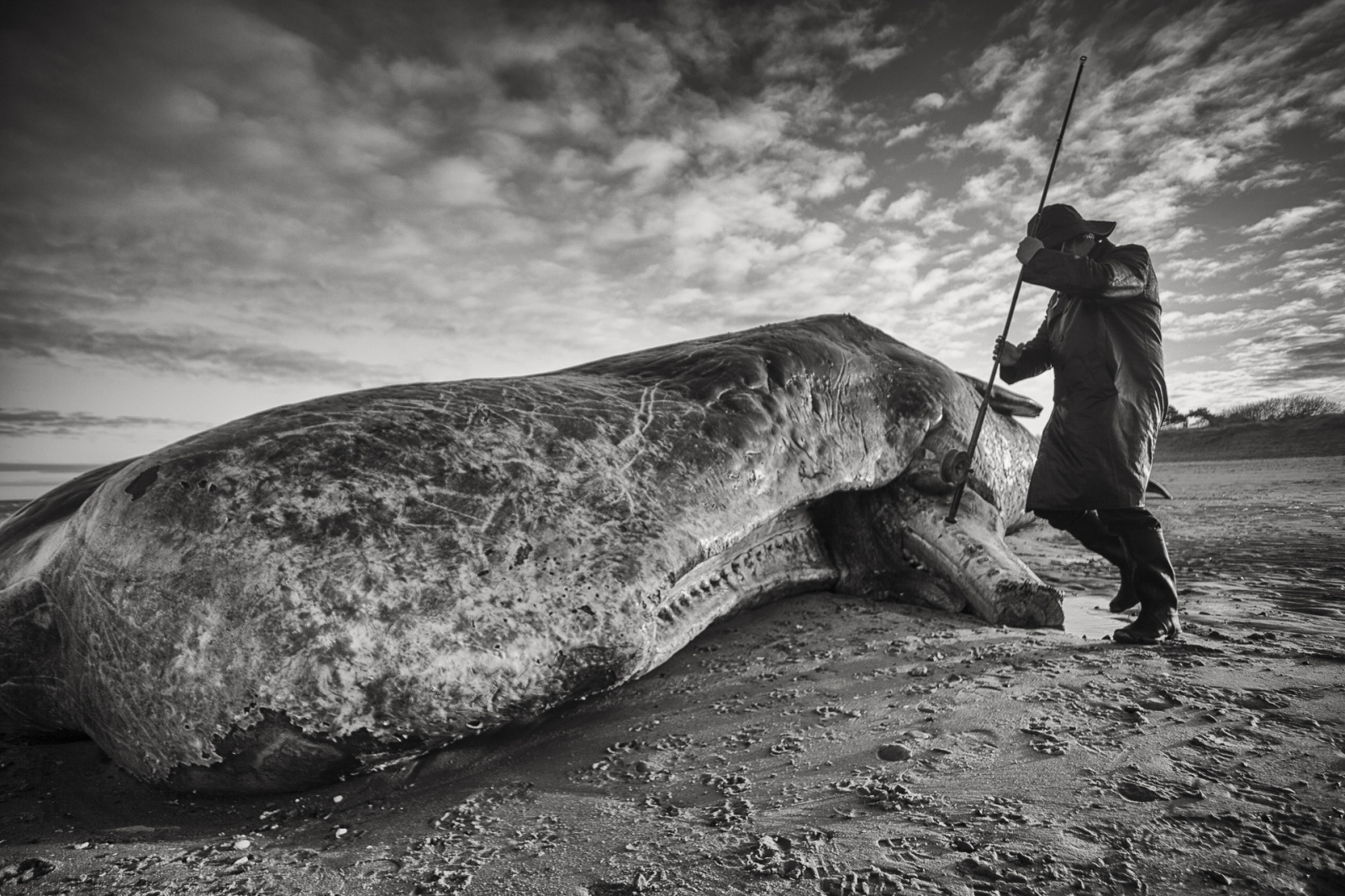 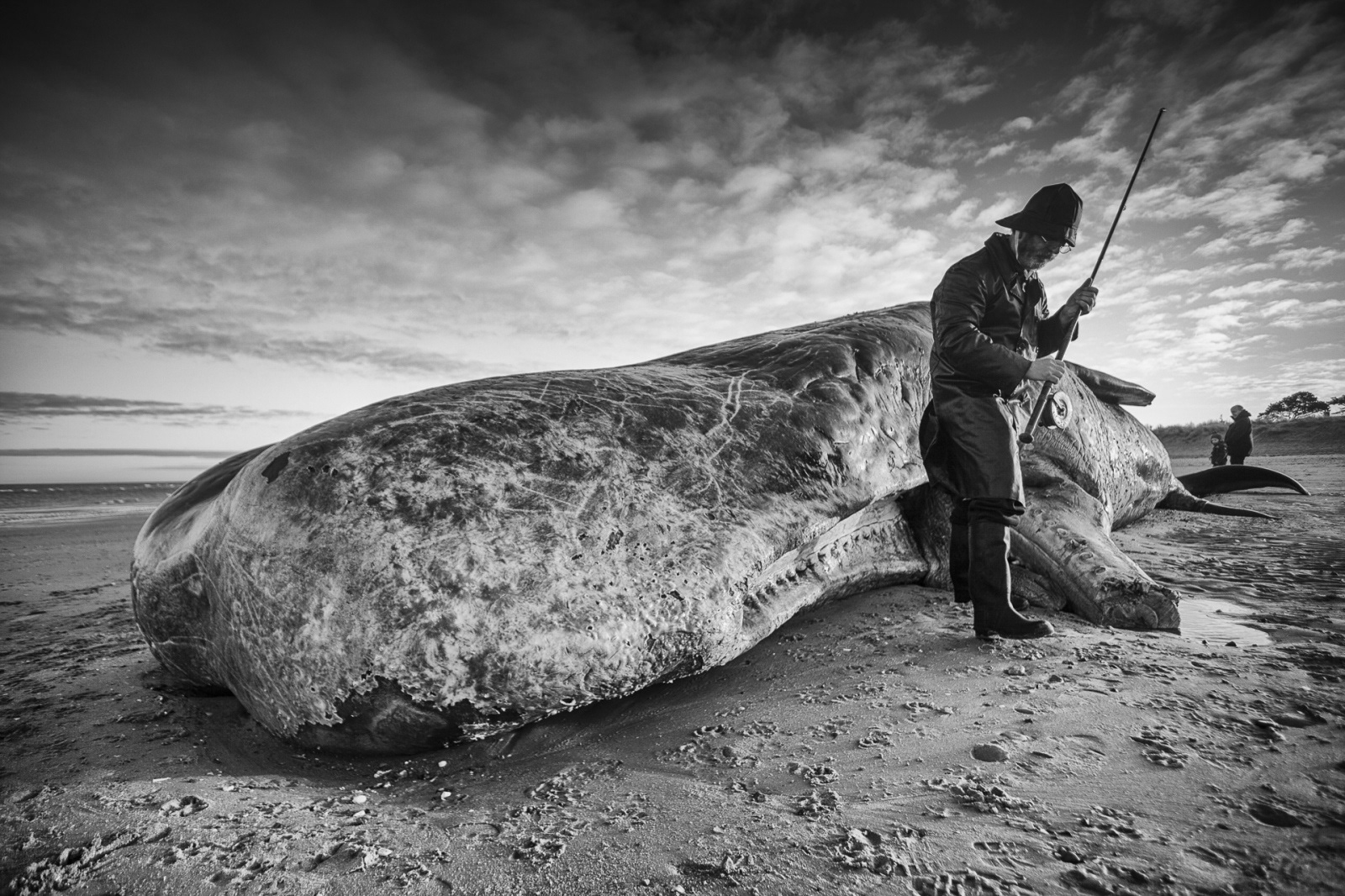 Under an ancient law of the United Kingdom, whales like this Sperm Whale are "Royal Fish" and when stranded on any public beach become the personal property of the monarch as part of her royal prerogative.

One of Herman Melville's inspirations for his "Moby Dick" was the skeleton exhibited at Burton Constable Hall in East Yorkshire.

That whale was washed ashore at Tunstall on the 28th April 1825 and like the one in this series became a tourist attraction, with people travelling to see its body and, in some cases, chopping bits off.

Thomas Beale wrote it up in his book: "The Natural History of the Sperm Whale" a main influence for Melville when researching for Moby Dick. So when Melville was in England a few years later, this was a primary source of information.

While taking these pictures Her Royal Highness The Queen Elizabeth the II was spending her Christmas holidays at Sandringham, only a few miles away. As I stood on the beach in typical English icy Winter temperatures, I could not help but to make a metaphorical connection between "Royal Fish”, Her Royal Highness, Constable, Melville and the “otherness” of a most majestic creature.
Physeter macrocephalus's Conservation Status (2018):