"Song to the Siren"

"Song to the Siren" 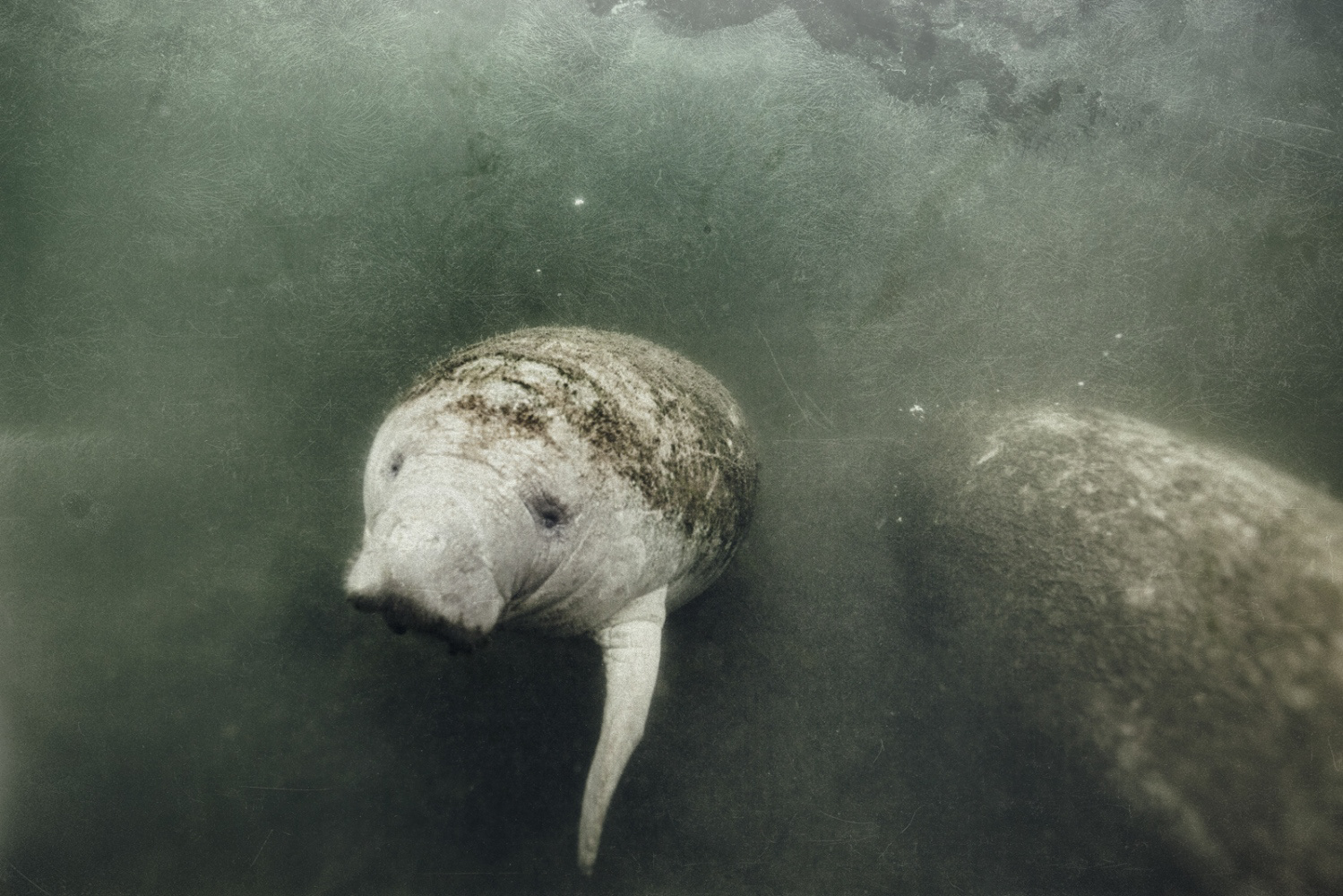 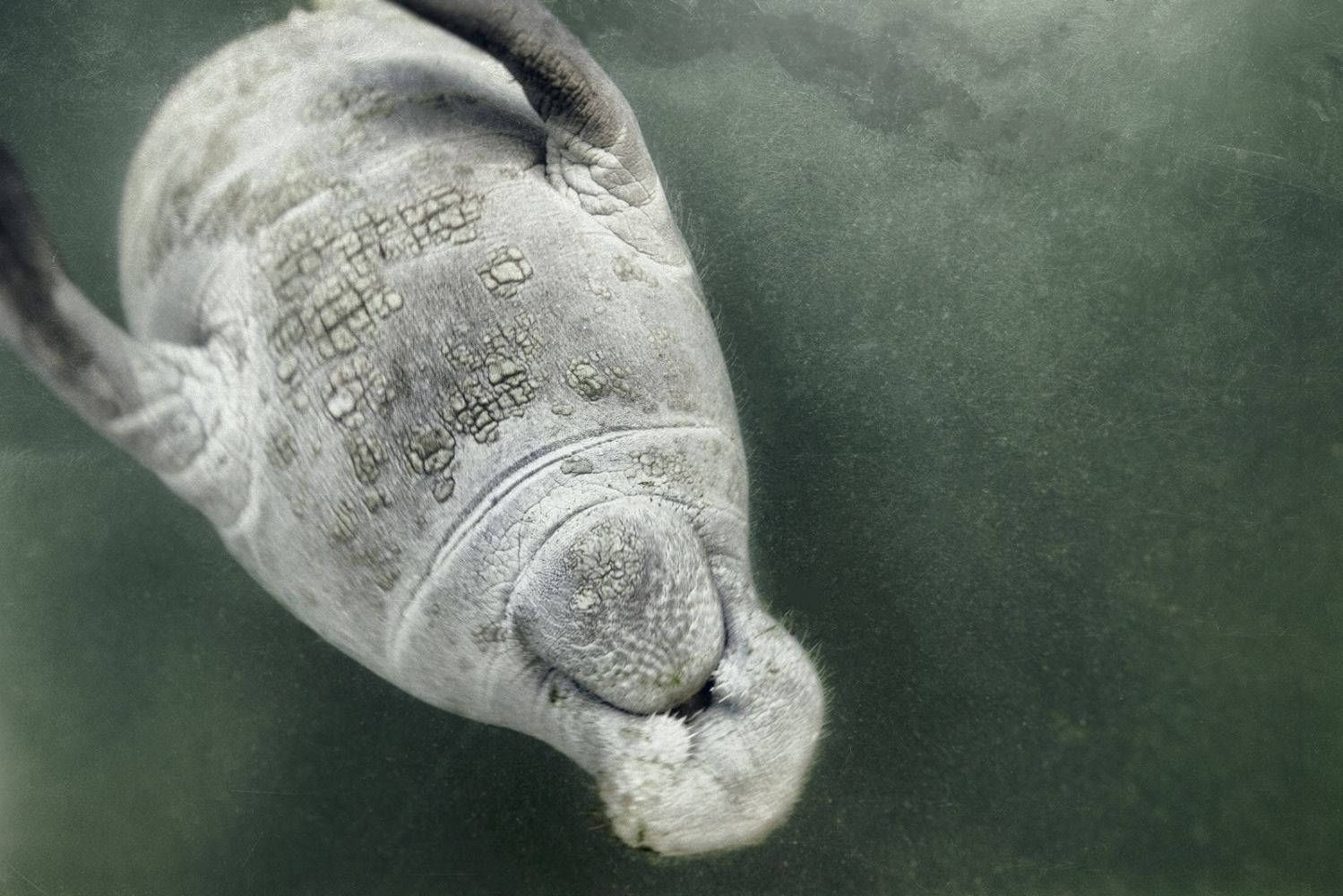 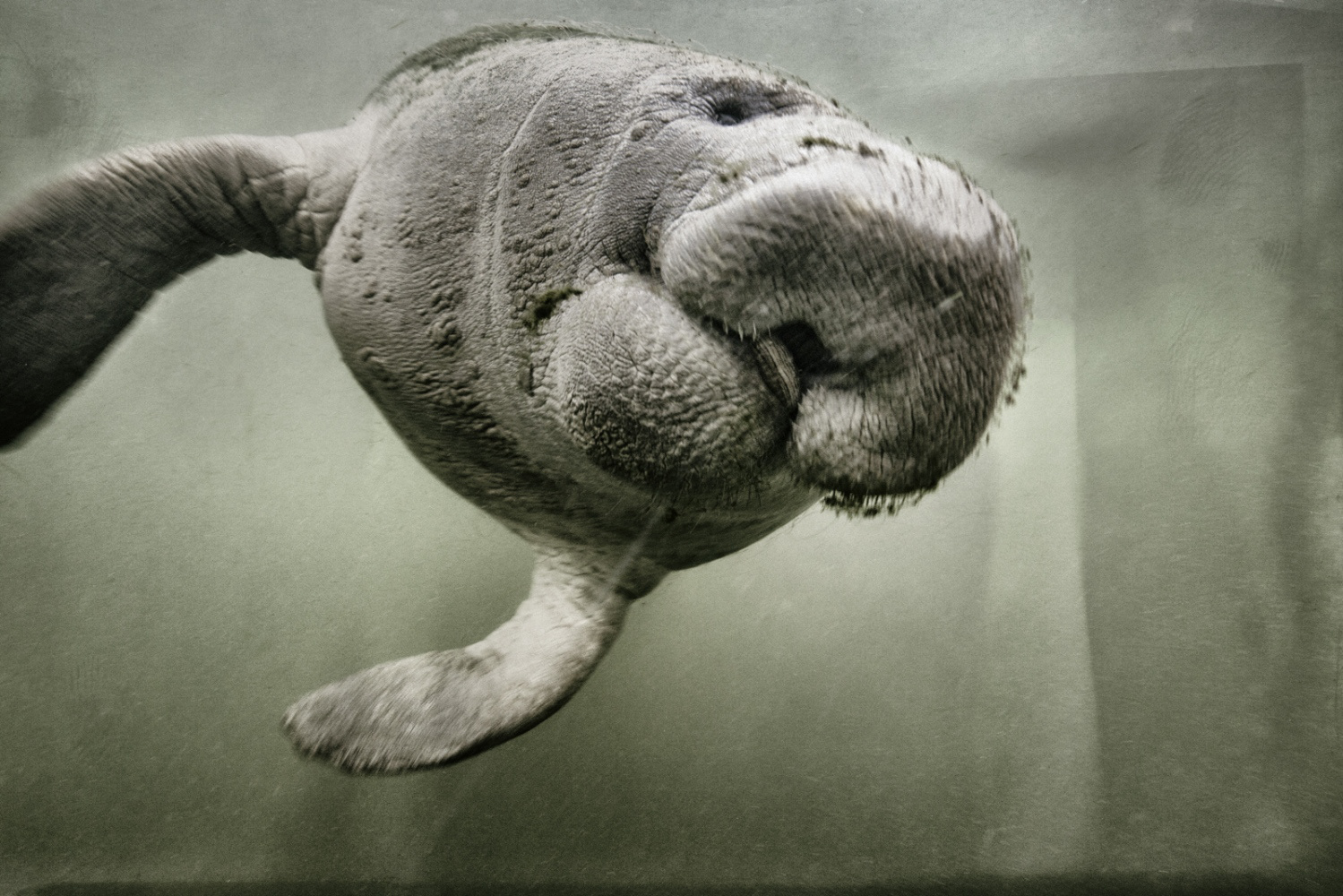 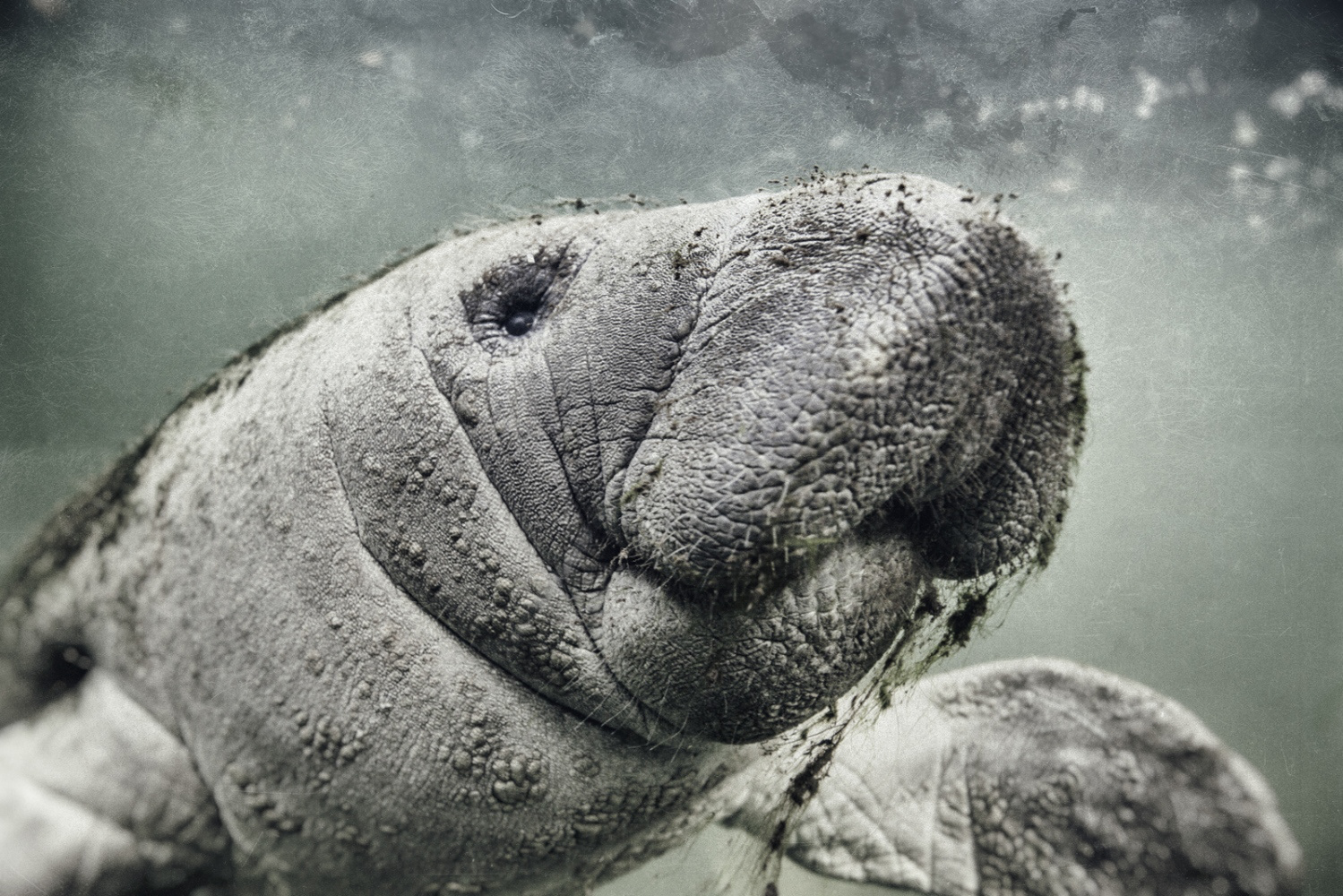 A series of images of the West Indian manatee (Trichechus manatus). Manatees comprise three of the four living species in the order Sirenia. The fourth is the Eastern Hemisphere's Dugong. The Sirenia are thought to have evolved from four-legged land mammals over 60 million years ago, with the closest living relatives being the elephants.

Manatees have a large, flexible, prehensile upper lip. They use the lip to gather food and eat, as well as use it for social interactions and communications. Its tail is paddle-shaped, and is the clearest visible difference between manatees and dugongs; a dugong's tail is fluked, similar in shape to that of a whale. Females have two teats, one under each flipper a characteristic that was used to make early links between the manatee and elephants.

Unfortunately, as with many other species, The main causes of death for manatees are human-related issues, such as habitat destruction and human objects. Natural causes of death include adverse temperatures and disease.

Manatees were traditionally hunted by indigenous Caribbean people. When Christopher Columbus arrived in the region, hunting was already an established trade, although this is less common today. From manatee hides, Native Americans made war shields, canoes, and shoes, though manatees were predominantly hunted for their abundant meat.
Trichechus manatus' Conservation Status (2022)