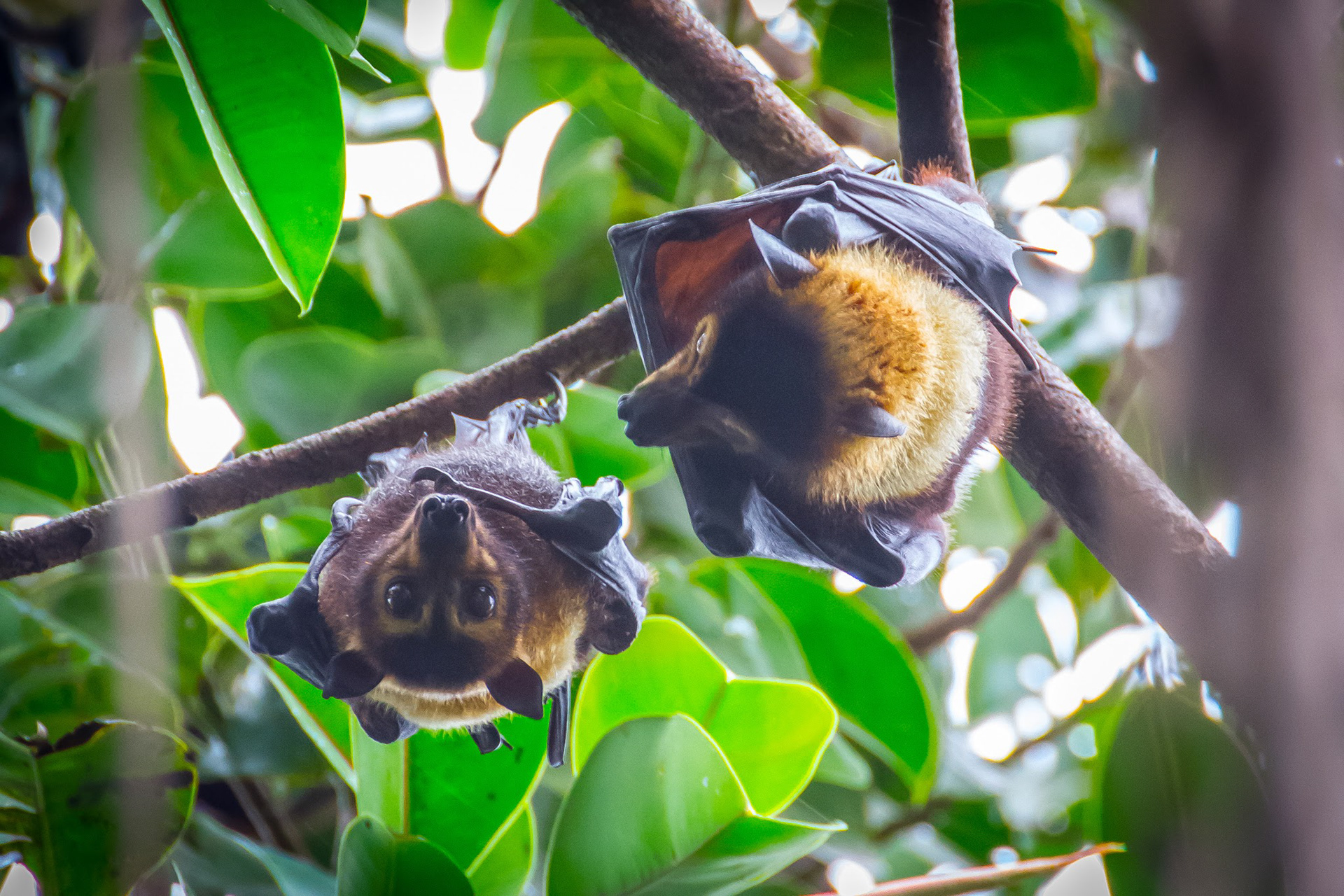 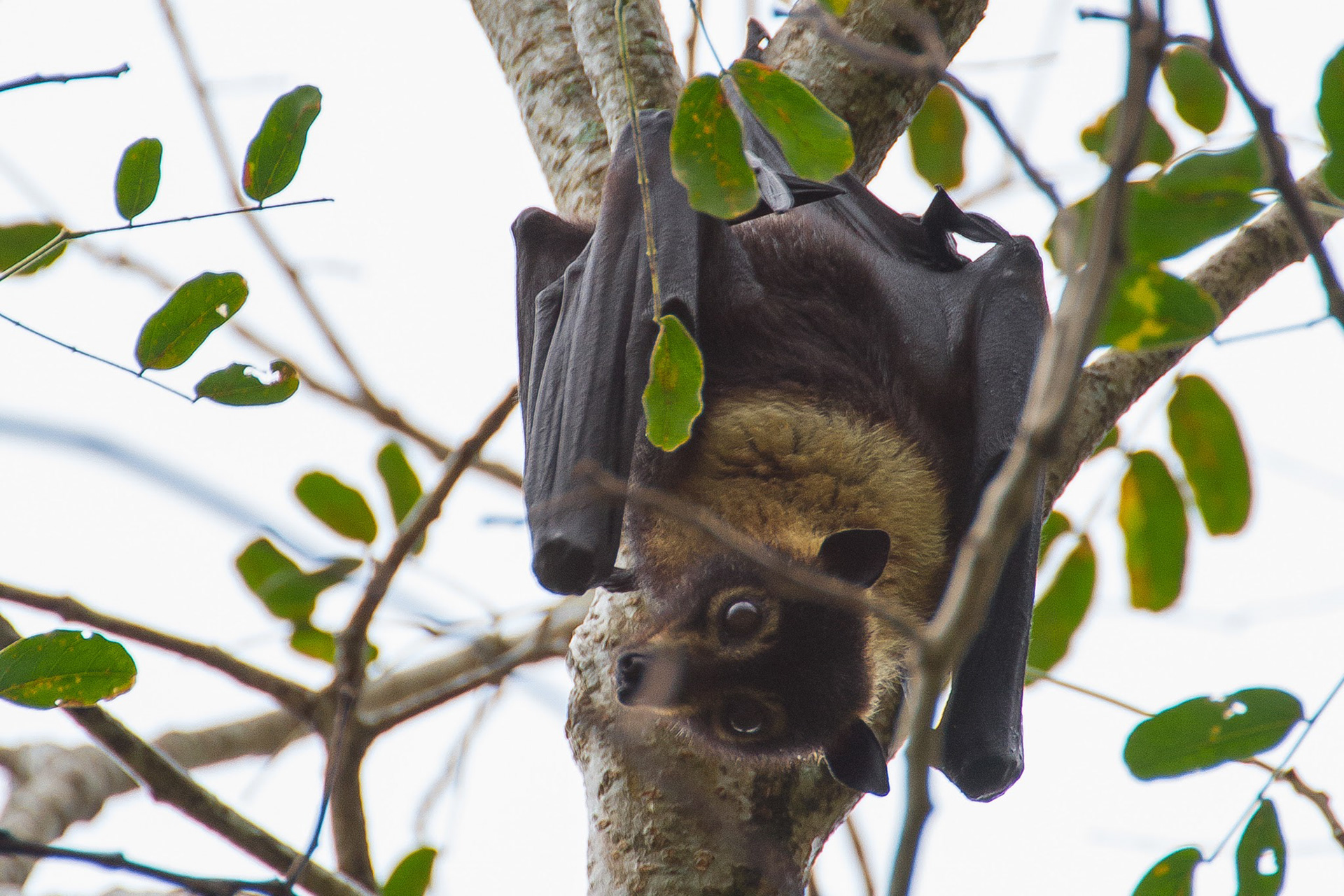 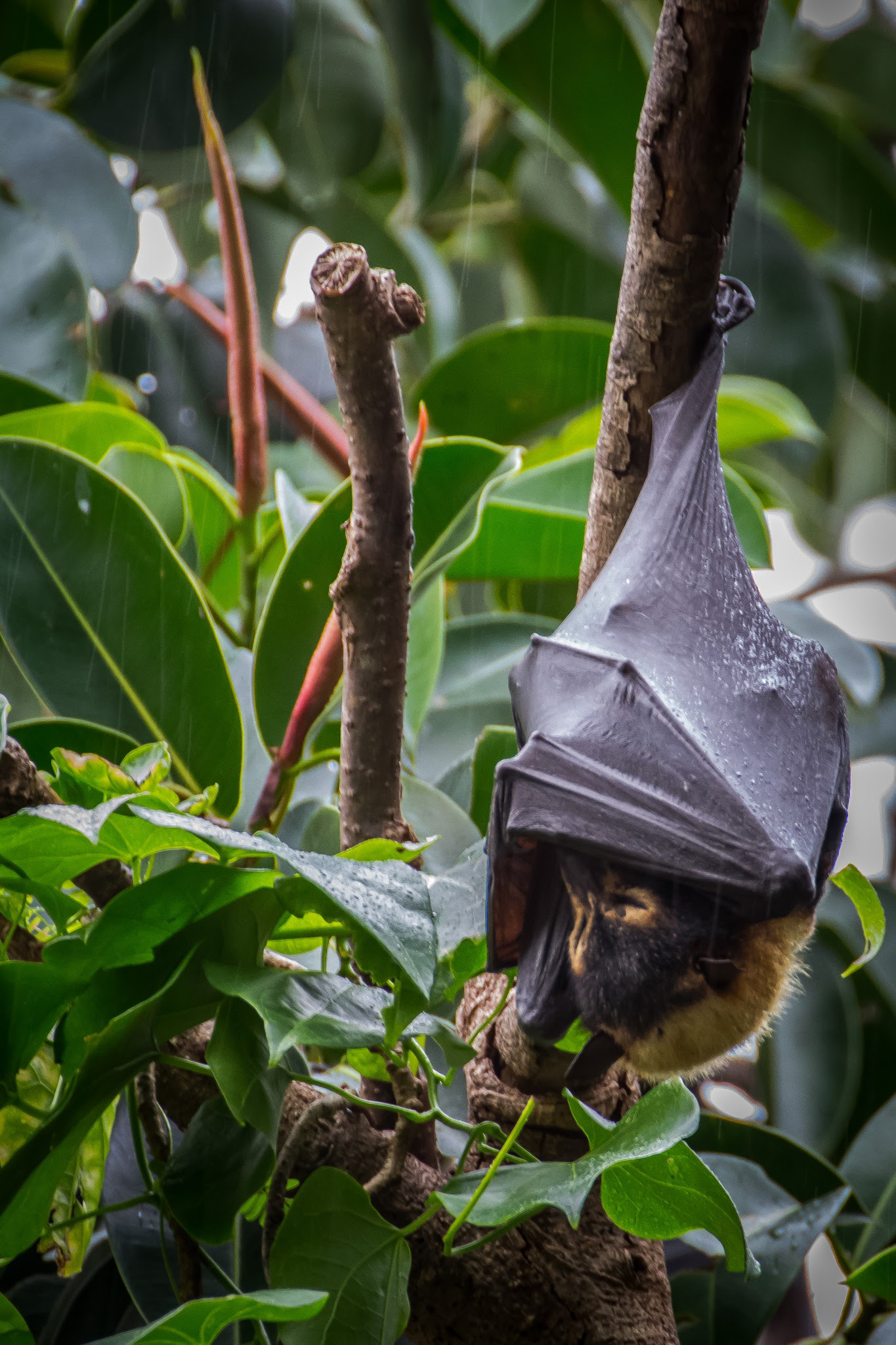 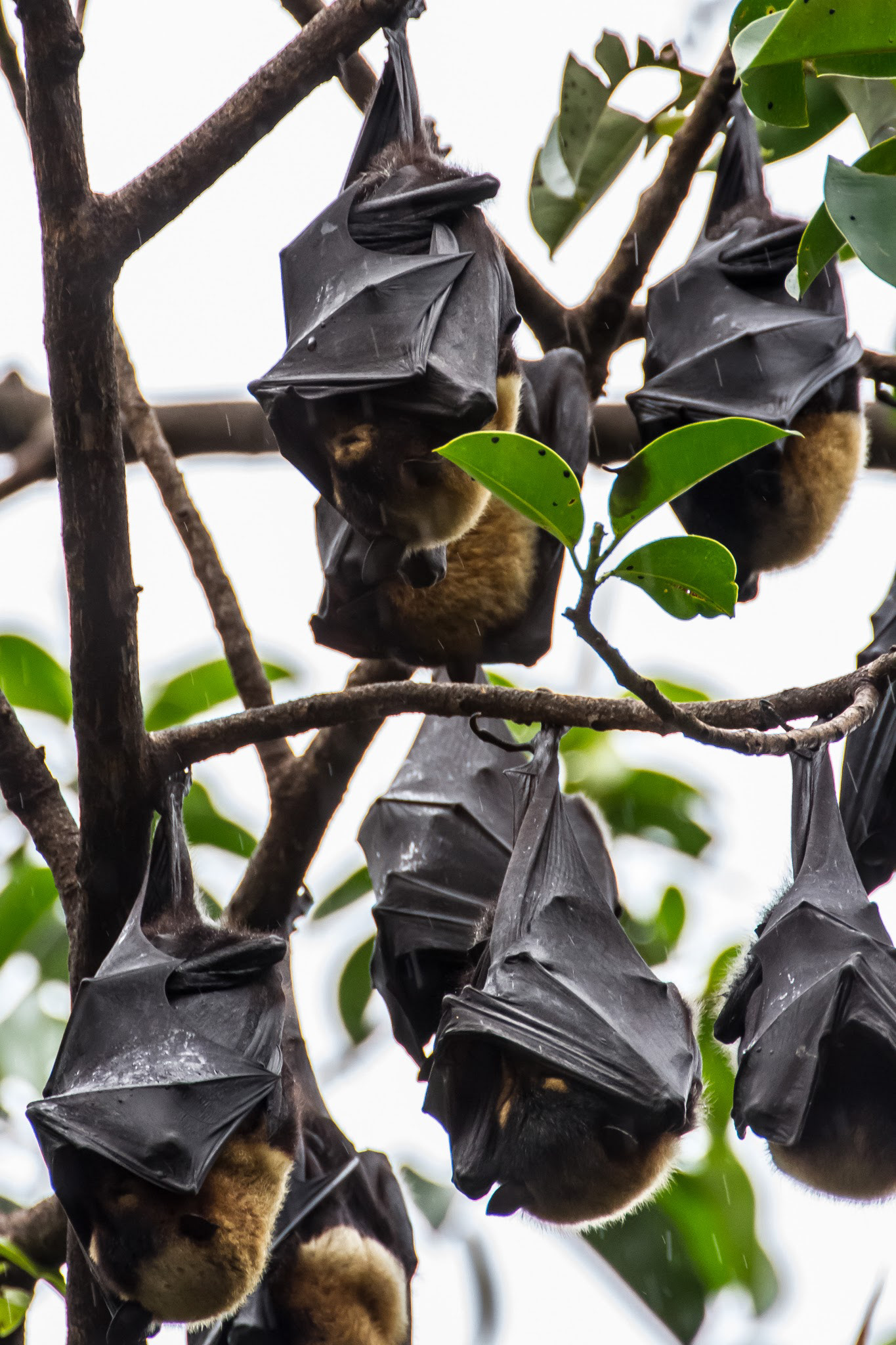 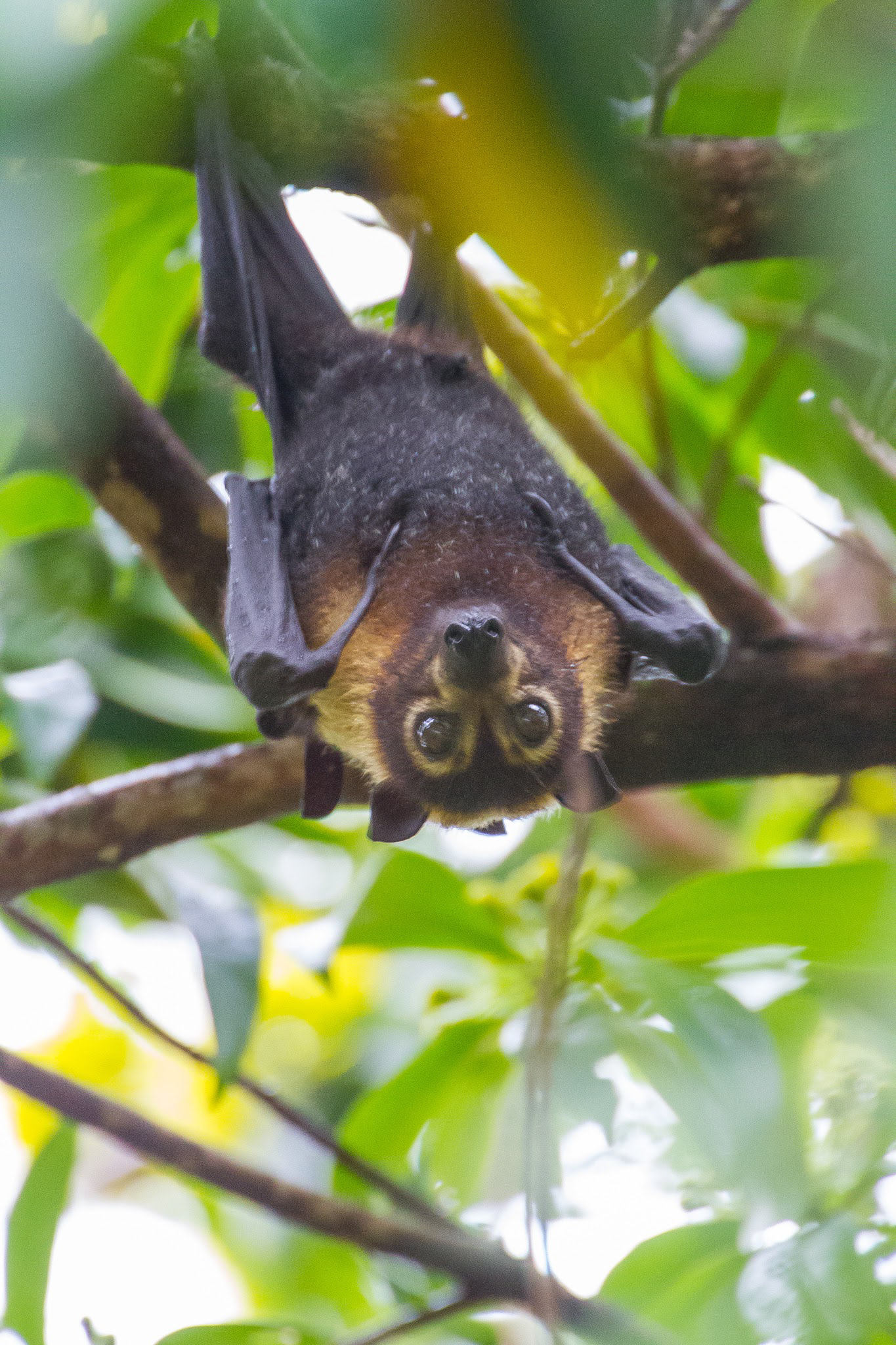 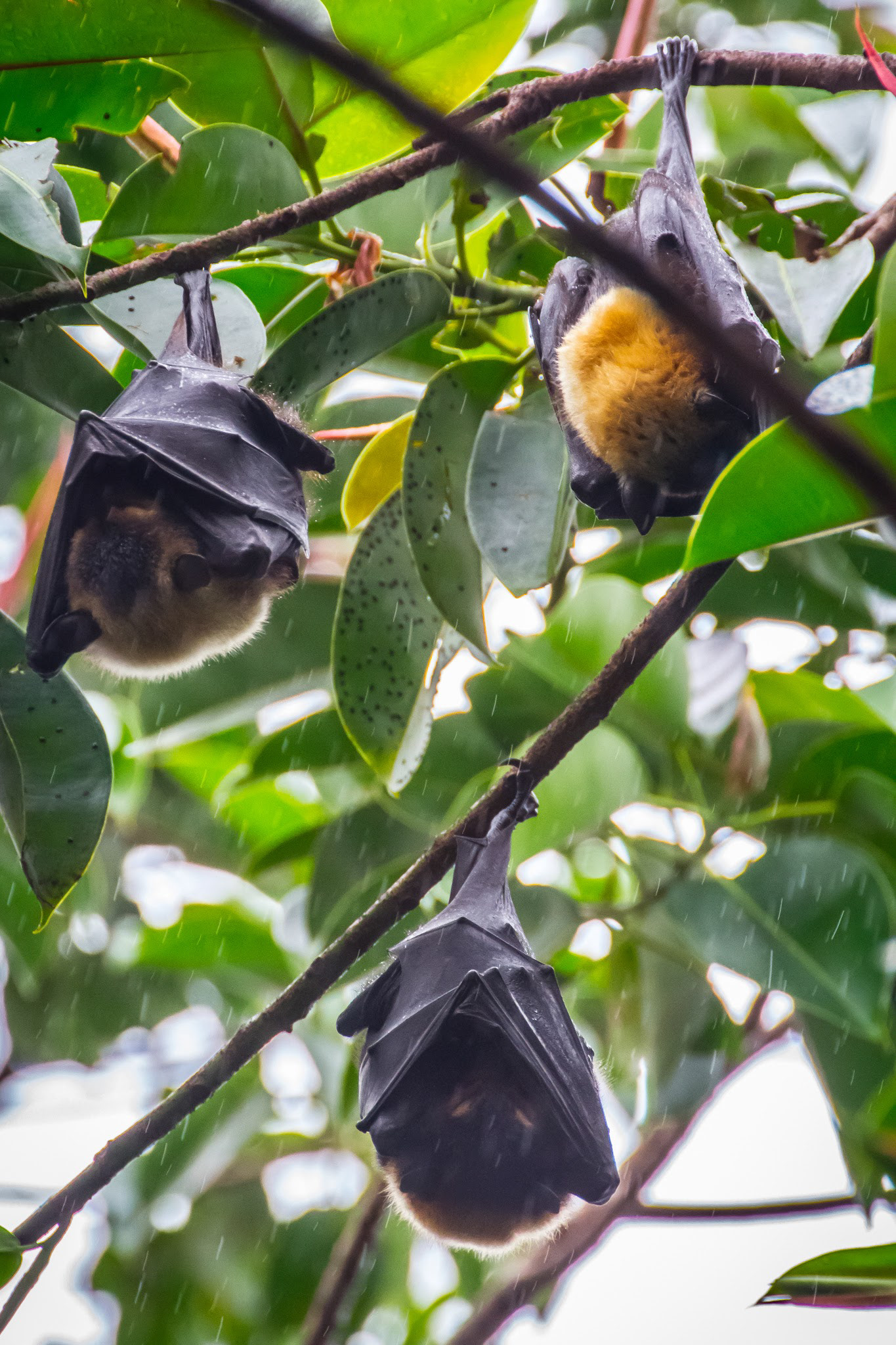 The spectacled flying fox (Pteropus conspicillatus), also known as the spectacled fruit bat, is a megabat that lives in Australia's north-eastern regions of Queensland. It is also found in New Guinea and on the offshore islands including Woodlark Island, Alcester Island, Kiriwina, and Halmahera.
The spectacled flying fox was listed as a threatened species under the Commonwealth Environment Protection and Biodiversity Conservation Act of 1991. They were considered vulnerable due to a significant decline in numbers as a result of loss of their prime feeding habitat and secluded camp sites. It has also been reported that spectacled flying foxes skim over the surface of water to drink and are sometimes eaten by crocodiles. The species was classified as "least concern" by the IUCN in 2008.
↑Back to Top